HomeNewsIndiGo aims to reach full capacity on domestic flights by December and...
News 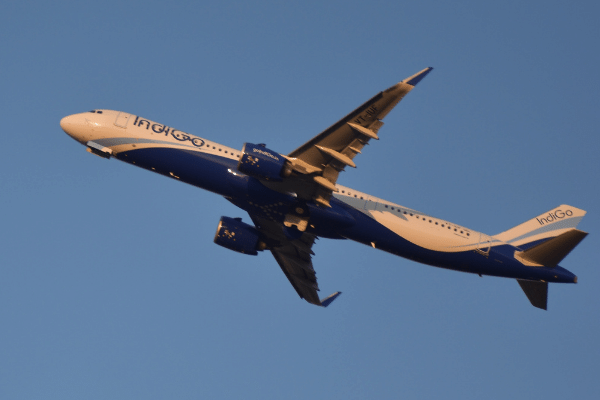 The CEO of the low-cost carrier, Ronojoy Dutta, stated that “things are improving slowly,” adding that it was “hard not to be bullish as traffic is going up.” In an interview with Bloomberg TV, Dutta also stated that IndiGo’s load factor is currently around 70% and yields are expected to increase in the coming months. He noted that while the company’s current cash position was “pretty good,” it desired to raise funds as a hedge against a possible third COVID wave.

The airline, which operated 277 aircraft as of the end of June 2021, posted a net loss of Rs 2,844 crore in the year-ago period. The airline said in a statement that its consolidated total income increased by 177.2 percent to Rs 3,170 crore in the first quarter of the current fiscal year.

In the first quarter of the previous fiscal year, the total revenue was Rs 1,143 crore.

Total expenses for the airline increased by 59.2 percent to Rs 6,344 crore in Q1 2021-22, up from Rs 3,986 crore previously. India’s aviation revival may be fleeting, as analysts anticipate that a new COVID wave will peak in October. International flights have been suspended until September 30 and domestic passenger capacity has been reduced to 72.5 percent of pre-pandemic levels.

IndiGo, which InterGlobe Aviation Ltd. owns, reported a net loss of Rs 3,174 crore for the three months ended June, owing largely to a sharp decline in revenue during the second wave of the coronavirus pandemic.