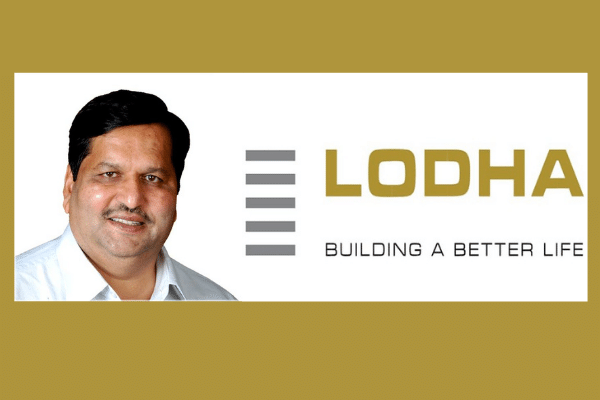 One-half of Mumbai is characterized by the constant hustle and bustle on the streets, bumper-to-bumper traffic, and a constantly on the go population. But, another side of it is the grandiosity, shining skyscrapers, towering corporations, fame, and luxury. Combining the two, we get the story of Mangal Prabhat Lodha, the founder of the Lodha Group, now known as Macrotech Developers, who is India’s most prosperous real estate entrepreneur.

Mangal Prabhat Lodha was born on December 18, 1955, to Shri Guman Mal Lodha, a freedom warrior and the Chief Justice of the Guwahati High Court. He earned his bachelor’s degree in commerce before studying law at the University of Jodhpur. However, his father was transferred, and to his dismay, he was assigned a judge in the same court where Lodha himself used to practice. Practicing in the same court as his father, a judge, was highly inappropriate, so he chose to relocate his practice. Even though he moved, something about him felt unpleasant, as though something was missing! He began to realize that this profession was certainly not what he desired. As a result, he stopped practicing law.
Lodha, hailing from Rajasthan, came to the city of dreams with a business mentality and a keen eye for real estate. Back in 1981, when he established his base in Mumbai, the tycoon began expanding his firm by investing in cramped locations in the despised suburbs. He started by offering people what no one else was and at highly reasonable prices.

Lodha Group developed a “Customer Rewards Program” to help clients get more out of their properties, making it the first Indian real estate company to do so. They even introduced LEED accreditation for their commercial projects to demonstrate their legitimacy. Lodha Group pioneered the ‘invitation only’ technique of booking properties, breaking with tradition. Their residences were among the first and best with hi-tech homes and cutting-edge facilities, such as the ability for owners to operate electronic devices in their homes using their mobile devices.

Lodha was not just providing some of the most excellent properties to live in. It was also directly or indirectly enhancing the people’s level of living through some highly innovative ways.

Due to these and other unique techniques, a tremendous buzz was created about them in a very short amount of time, and the group began to receive an insane response from purchasers. Even though it was a reason to rejoice, Lodha did not allow himself to be distracted from his mission.

Currently, the Lodha group is working on 30 projects totaling 35 million square feet of land. One of these active projects is the World One Tower in Lower Parel, Mumbai, which will be India’s tallest skyscraper, with 117 stories and 7.1 hectares of land. Surprisingly, only a few of the flats in the complex were created by renowned designer Giorgio Armani. Abhishek and Abhinandan Lodha, sons of the Lodha family patriarch, now operate their father’s business.
The Macrotech developers is valued at Rs 5,968 crore for the fiscal year 2020-21. Great revenues necessitate great possessions, and M P Lodha is no stranger to luxury. During the fiscal year 2020-21, the company was estimated at Rs 5,968 crore. His current net worth is a staggering Rs 44,270 crores.

His phenomenal success in the real estate industry has won him a spot on several world’s wealthiest people lists. He is currently listed in some of the Forbes lists, including the top 50 richest Indians and 1000 billionaires worldwide.

Besides his real estate billionaire status, MP Lodha has also engaged in politics. He is the former BJP Mumbai Chief. He also runs the ‘Lodha Foundation,’ through which he has taken several initiatives to aid the less fortunate in education, healthcare, sports, culture, medical treatment, and vocational training.

The sheer weight of success with which the Lodha group has succeeded under MP Lodha affirms that Nothing is impossible — as long as you have the passion for making it possible.

Facebook
Twitter
WhatsApp
Linkedin
Previous articlePre-launch or New launch? The right time to invest in Real Estate
Next articleThe new trends and what the future holds for the Real Estate Market of Kerala