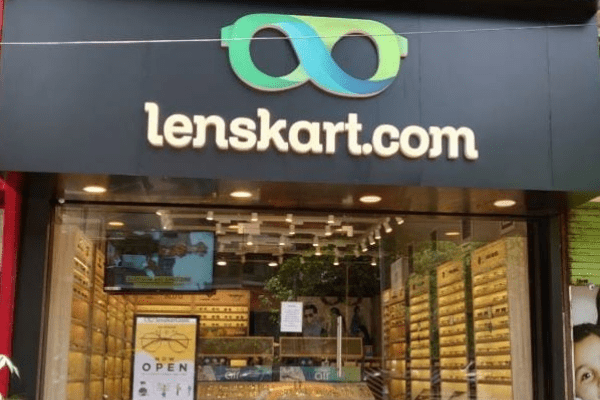 Lenskart, an omnichannel eyewear retailer, has raised $25 million in its ongoing series I round from existing investor Epiq Capital, according to Peyush Bansal, the company’s CEO and co-founder.

The company raised $100 million from Alpha Wave Incubation last month as part of the same round. Lenskart is in advanced talks to secure $200 million to $250 million in funding, valuing the company at $4.5 billion to $5 billion.

Bansal said the company aims for a market listing in the next 24 months when asked about IPO plans.

He also mentioned that the eyewear retailer had opened its 1,000th store in Karol Bagh, Delhi.

“This 1,000th store is a major milestone in Lenskart’s journey. We have now registered our presence across 223 cities across India.”

The store will be 600 square feet in area and will sell Lenskart’s flagship products, such as sunglasses, eyeglasses, and contact lenses. According to Bansal, the company would also provide free eye testing and specialized eye clinics in this store.

Lenskart expects to open more than 500 stores across the country in FY 2023, emphasizing tier two and three cities, he said, adding that the brand has begun market penetration in states such as Chhattisgarh Jammu and Kashmir, Assam, Bihar, and Himachal Pradesh. In FY 2022, the business plans to open more than 400 outlets across India.

Bansal says Lenskart is currently present in Singapore, Dubai, and the United States when it comes to international expansion. The company intends to expand and boost its store count in existing global markets and South East Asian regions such as Indonesia and Vietnam in the future.

Sharing the vision for the company five years from now, Bansal said. “Lenskart currently serves over 8 million consumers annually and our ultimate vision is to make 1 billion people a part of the Lenskart family by 2027 globally.”