HomeStart UpGoogle in talks to invest in Meesho
Start Up

Google in talks to invest in Meesho 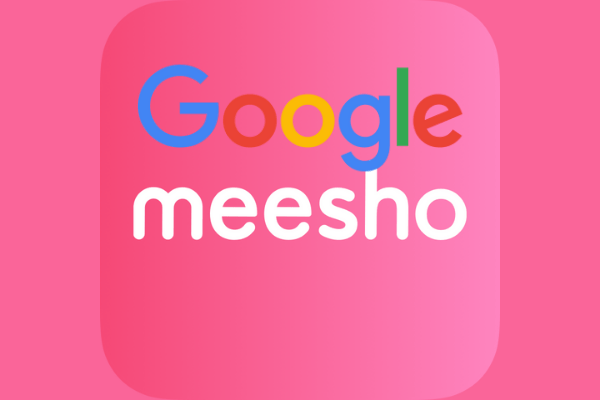 Google is in talks to invest $50-$75 million in social commerce startup Meesho. The internet search giant supports promising Indian startups such as Dunzo, a hyperlocal delivery service, and Glance, a lock screen platform from InMobi.

Meesho’s recent financing round included the investment, which valued the Bengaluru-based company at $4.9 billion.

Meesho is a three-sided marketplace that connects suppliers (manufacturers and distributors) and resellers with customers on social media platforms such as WhatsApp, Facebook, and Instagram. Its early investors include Facebook, B Capital, SoftBank, Sequoia Capital India, Y Combinator, and Elevation Capital. When resellers sell to clients, they buy listed products from suppliers and earn commission on each transaction.

Google has made several investments in India, most recently through its $10 billion India Digitization Fund, unveiled in July of last year. Simsim, a video social commerce firm, was acquired by Google’s YouTube video-sharing platform in July.

Meesho plans to leverage the new funding to grow into a consumer-facing e-commerce company that can compete effectively with Amazon India and Walmart-owned Flipkart.

Meesho was founded in 2015 by Vidit Aatrey and Sanjeev Barnwal as a social commerce reseller system, with a considerable base of women resellers selling products in the low-end, unbranded, and long-tail ecommerce segments.

Meesho’s plans to compete in the big league were evident after SoftBank’s funding infusion, and it has since been actively investing in marketing and personally reaching out to consumers.

Meesho shifted to a zero-commission scheme earlier this year to attract more merchants to its site. Meesho onboarded over 100,000 businesses ahead of the holiday season through efforts such as free ad credits and no return shipping fees. On its platform, it currently has 250,000 vendors.

Apart from operating in the unbranded long tail, Meesho is also heavily investing in its online grocery delivery vertical, Farmiso, which has been aggressively hiring.

“Conventional grocery models have very high logistics costs, and that’s why you will see all your existing logistics companies, even after many years, are only functioning in the top 4-8 cities. When you leverage the community leaders model, you are able to serve this customer with very low-ticket sizes and offer them pricing while having a very strong unit economics base. We will continue to focus on small towns and cities and capture the entire online grocery demand,” said the founder of Meesho, Vidit Aatrey.

Google has doubled down on its startup investments in the last few years, focusing on content and commerce.

It invested $4.5 billion into Reliance Industries’ Jio Platforms and led a $145 million investment in InMobi’s Glance, which runs the Roposo short-video platform.

VerSe Innovation, the parent firm of Indian content and news aggregator Dailyhunt, has invested in the technological behemoth. It just took part in DotPe’s Series A investment round, raising $27.5 million.