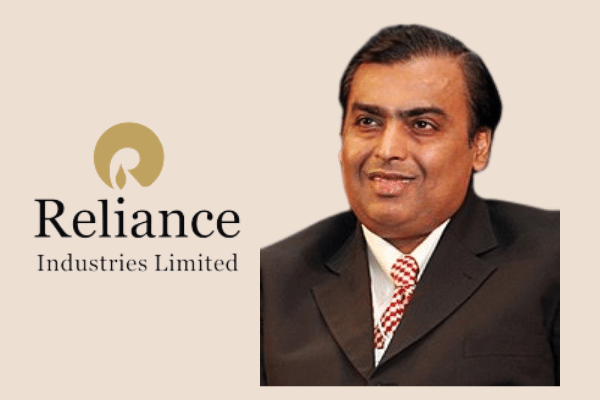 CMD of Reliance Industries Ltd (RIL), on the back of a recent jump in his company’s shares, Mukesh Ambani is on the verge of joining the select club of billionaires with a net worth of over $100 billion.

According to the Bloomberg Billionaires Index, Ambani’s net worth increased by $3.71 billion on Friday, bringing it to $92.6 billion. Ambani is the world’s 12th wealthiest person, just ahead of Francoise Bettencourt Meyers of L’Oreal, who has a net worth of $92.9 billion.

On Monday, RIL’s stock closed 1.52 percent higher at Rs 2,424.55 on the BSE. This week, the business said that its subsidiary Reliance Strategic Business Ventures Limited had purchased a share in Strand Life Sciences for Rs 393 crore in cash.

Though Ambani entered the telecom business in India in 2016, Jio Infocomm upset the sector by offering dirt-cheap internet packets. Jio had 43.66 crore members at the end of June, making it India’s largest cell phone service provider. Ambani has also managed to get financing for the company’s digital activities from companies like Facebook and Google.

According to sources, RIL is also in talks with Saudi Aramco about selling a stake in its refining and chemical sector for up to $25 billion.

At RIL’s annual general meeting this year, Ambani unveiled an ambitious investment plan of Rs 75,000 crore in sustainable energy over the next three years.

According to Ambani, RIL intends to construct four ‘Giga Factories,’ which will manufacture and fully integrate all important components of the new energy environment. These factories will cover solar energy, intermittent energy, green hydrogen, and static electricity.

With such ambitious aspirations in various areas, Ambani appears to be on track to surpass the $100 billion net worth milestone sooner rather than later.