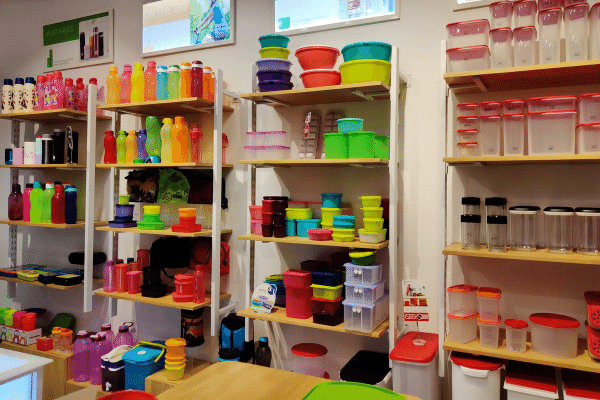 Tupperware, a popular kitchenware brand, has devised aggressive expansion plans that include opening 1,000 retail outlets across the country over the next five years and boosting sales through a digital platform. Tupperware India Managing Director Deepak Chhabra recently announced the opening of the company’s 100th retail store in Chennai, with the Southern zone accounting for 35% of sales. “We are planning to open about 130 stores this year. We have inaugurated 100 stores, and as we speak, we should have opened two more, so 102 stores will be there right now. We intend to take it to 130 stores by the end of this year”, he told PTI.

He further said that the stores would be run on a “franchise” model and sell the brand’s most popular items.

“As an immediate expansion plan, we plan to open another 130 stores taking the overall number of stores in the country to over 250 by December next year (2022),” he said. “Over the next five years, our plan is to have 1,000 stores across the country, and major expansion would be in the South and West.”

In response to a query, he said that the South and West contributed 35% each to the company’s sales. The company’s business strategy included 80% direct selling, 12% retail, and 8% online mode.

“With the aggressive expansion plan, he said the current share of 80% contributed from the direct selling business would come down to 65% while business generated from retail stores would increase to 35% (from the existing 12%) and remaining from online (10%). In two-three years, about 65% of the business will be from direct selling, 35% from stores, and 10% through online”, he said.

Regarding the impact of the Covid-19 pandemic, Chhabra said that, like any other industry, the company experienced a surge in demand for its products because of the “work from home” trend.

“Pandemic has been a silver lining for us in terms of business because the consumption of these products was higher largely because everybody was at home and without any help from maids, people started cooking from home, and everybody was conscious about health and safety,” he noted.

He said the company has a world-class plant in Dehradun, Uttarakhand, that serves the domestic market and shipping to over 35 countries.

“The plant has an installed capacity, which is much more than what we sell in the country. We do export to many countries across the globe to our own Tupperware companies there. We actually export to about 35 countries”, the MD said.

Exports have remained stable, even increasing in the last two years. Tupperware has done well as a result of rising demand.