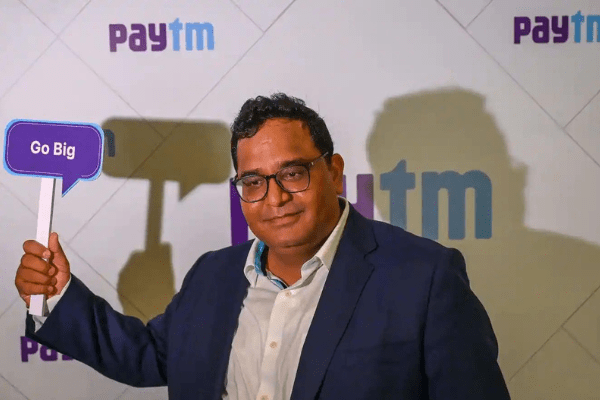 Paytm, a provider of digital payments, is on track to become the first online firm in India to generate $1 billion in sales by the end of this fiscal year in March, according to its founder and CEO, Vijay Shekhar Sharma.

“We’re earnestly chasing the $1 billion goal,” he said, adding that Paytm shares’ public listing for him was a sort of graduation, and he had been working on taking Paytm to break even and profits.

Paytm’s parent company, One 97 Communications Ltd, raised $2.5 billion in its initial public offering (IPO). Still, a 27% decline on November 18, 2021, marked its debut, making it one of the worst initial showings by a significant technology firm since the dot-com bubble phase of the late 1990s. Due to repeated valuation-related worries from analysts, Paytm’s share price has more than halved from the issue price.

Paytm’s Vijay Shekhar Sharma stated that the company has stayed committed to growing into a sizable, successful business and generating long-term shareholder value in a statement to shareholders in its annual report for 2022.

“Our team is focused on expanding the payments offerings available to our consumers – on Paytm app, in-store, online, using FASTag affixed on cars, among many other everyday habits. Our focus is also on showing how creditors can leverage this mobile payments relationship for lending. BNPL, which allows our partner financial institutions to issue credit to consumers at the point of sale, has become a consumer favourite,” Sharma said in Paytm’s annual report.

He said that the business is gaining momentum and that operating profitability (EBITDA before ESOP cost) will be attained by the quarter ending September 2023.

Paytm announced its monthly operating performance update for the quarter that ended in June 2022 earlier this month. The disbursements made by the fintech company on the platform exceeded a 24,000 crore annualized run rate. During this time, downloads of the company’s Super-App reached 76 million.