HomeWomen on TopDevita Saraf – A Business Leader, a Role Model for Future Entrepreneurs
Women on Top 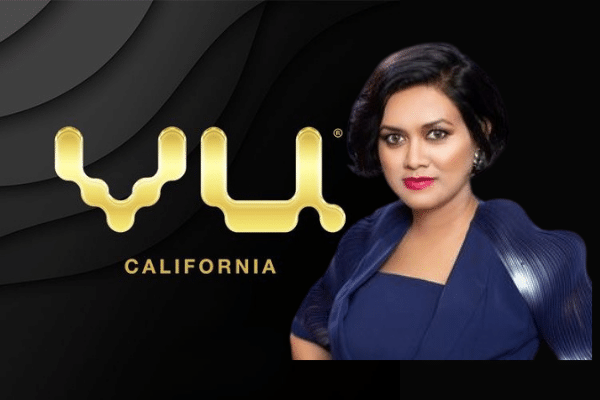 With her unconventional and creative thinking, a woman changed our perception of television as an ‘idiot box into a Smart-Television equipped with the trending technologies. A business leader and a role model for future entrepreneurs, she is Devita Saraf – founder, CEO, and design head of VU Technologies, a luxury television brand. She is also the founder chairperson of the young Bombay forum – BCCI. Devita was born on 25th July 1981 in Mumbai. Her father, Raj Kumar Saraf is the founder of Zenith Computers Ltd, a computer manufacturing company, and her mother, Vijayrani Saraf is an economics professor. She completed her schooling at Queen Mary School, Mumbai, and pursued further studies at HR College of Commerce & Economics. She pursued her graduation in Bachelors of Business Administration from the University of Southern California.

Being born and brought up in a business family, Saraf was interested in business management from a tender age. She started attending business conferences at the mere age of 16. Under the guidance of her father, she started her career in Zenith Technologies. She was named Director of Marketing when she was 21. She was incredibly passionate about leadership and gained a lot of experience while working in her father’s company.

At the age of 24, Devita founded her first company, VU Technologies, in 2006, which sold high-end LED Televisions. VU is currently the 4th largest selling brand in India which has sold more than 1.6 million televisions to date and has around 300 employees across its 11 offices. Before manufacturing televisions, VU studied its customer lifestyles – their needs, demands, requirements and after gathering all the information, it started manufacturing its televisions. Significant attention is paid to every detail, such as inspiration, design, aesthetics, to technology. The prime focus of the company is to manufacture unique products only for Indian millennial consumers. The brand has constantly been working towards ensuring premium products in the market suited for the millennial lifestyle. The company has a brighter future and potential because of its very strong reach and a huge millennial audience within the country.

Initially, Devita had to face many challenges because manufacturing televisions was predominantly believed to be a man’s occupation, and there weren’t many women who worked in the manufacturing industry. She believes that being in a tech business, one has to be incredibly innovative since the industry is customer and trend-oriented. The youth of our country has the potential to build products that enhance your lifestyle and work style.

Devita advises the young women entrepreneurs of our country to –

Devita was awarded Zee TV’s Young Woman Achiever Award and IT People Women Leadership Award in 2008. She was named as Indo-American Society’s Most Outstanding Woman Entrepreneur in 2010 and Business Woman of the Year – India Leadership Conclave in 2016. She also made it to the list of Fortune India – Top 50 Most Powerful Women in India and GQ 50 Most Influential Indians in the year 2019.