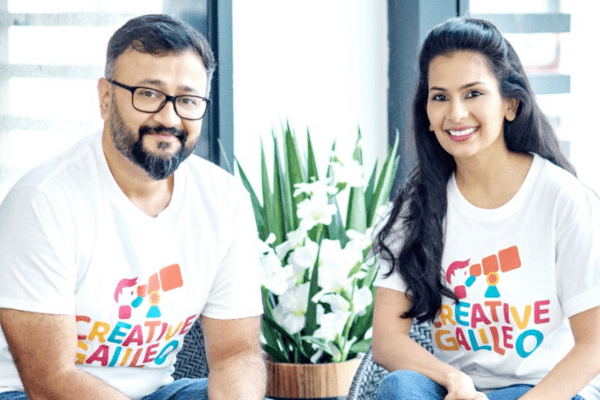 Edtech platform for kids Creative Galileo has raised $7.5 million, about Rs 60 crore, in a funding round from a clutch of investors, including Kalaari Capital, the company said on Thursday. The Series A funding round also included participation from Affirma Capital, East Ventures, Employee Investment Fund, and angel investors.

After a $2.5 million pre-series A round in July of last year, Creative Galileo’s total funding now stands at $10 million.

Prerna A Jhunjhunwala, the founder of Creating Galileo, announced that the company had raised new capital valued at $40 million, which is more than three times greater than its valuation of $12.5 million in July of last year.

The company, founded in July 2020 and claims to have more than 7 million downloads, will use the newly infused funds to scale up, accelerate hiring across teams in various locations, introduce regional languages, and enhance platform research and development.

“Subscriber acquisition cost for more edtech companies is at a very high rate but for us it continues to be Rs 1.5 because of which our growth has been very organic. We have enough capital in the bank now to focus on regionalization of our product and launch in regional languages and also to launch in the international market,” Jhunjhunwala said.

She said that the edtech firm would launch new products to make the learning journey for children more personalized.

Creative Galileo is a character-based early learning platform for kids aged 3-10. The company plans to double its team from 30 to over 60 in a year.

“We are planning to launch in South East Asia. Our next go to market is Indonesia and Vietnam. We are mostly present in India but we have 10% of our viewership coming from foreign markets as well like US, middle east and Singapore. We have started building up a partnership in Korea with EBS Korea,” Jhunjhunwala said.

The company uses famous local superhero cartoon characters and has signed EBS Korea to get access to their content.

“We are also signing up some more Korean and Japanese characters because they have widespread usage in South East Asia,” Jhunjhunwala said.

In India, the company plans to start providing content in Marathi, Tamil and Telugu within six months from Hindi.

“In the last six months, Creative Galileo has achieved strong growth with low marketing spends. Creative Galileo has also consistently ranked among the top 20 educational apps on India’s play store – the only early learning app to achieve this distinction. This is a testament to the founders’ relentless focus and strong execution,” Kalaari Capital managing director Vani Kola said.