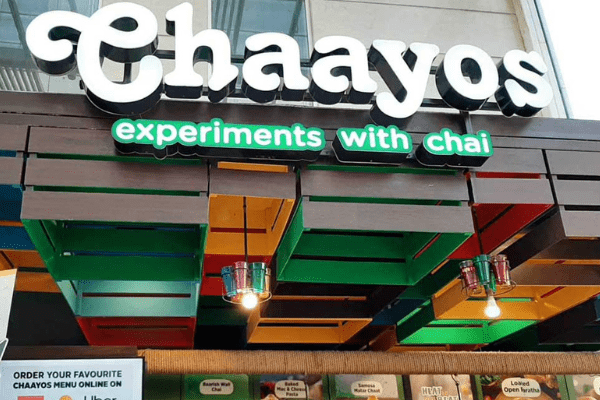 According to company papers obtained through Tofler, Sunshine Teahouse Pvt. Ltd., the parent company of Chaayos, has raised $45 million in a Series C fundraising round led by Alpha Wave Capital.

The company is valued at $250 million, according to the documents. Other backers of Chaayos, such as Tiger Global, Elevation Capital, and Think Investments, participated in the current funding round. In the most recent round, Alpha Wave invested Rs 207.6 crore.

The company had raised $21.5 million from investors led by Think Investments in February 2020.

According to the filings, the company’s board of directors issued a special resolution on June 7 to allot 13,89,756 Series C preference shares at an issue price of Rs 2,514 per share to raise Rs 349 crore ($45 million).

Chaayos is a chain of tea shops founded by Nitin Saluja and Raghav Verma in 2012. They have locations in New Delhi, NCR, Mumbai, and Bengaluru. It has roughly 150 locations that serve both dine-in and takeout. The company earlier stated that it planned to expand its offline presence to 300 locations across new geographies.

Chaayos competes with tea cafés such as Chai Point, which is backed by Eight Roads and Saama Capital, and others.

The company has been hit hard by the pandemic and found it difficult to scale up. However, it has seen strong growth traction of late, a source said. “The post-pandemic recovery has been good, and the company plans to add new categories and serve more people through its line of packaged foods in retail stores and cafés,” the source added.